Visual artist graduated from FAAP / SP and curator of the space AT | AL | 609. Participated in the JAC program (1967-1974) coordinated by Walter Zanini at MAC / USP. Since then, she has participated in performance festivals and projects in Brazil and other countries, such as Argentina, Uruguay, Chile, Colombia, Mexico, Dominican Republic, Cuba, Canada, Finland, Northern Ireland and the United States.

Visual artist, graduate student at UFPR and researcher. Participates in the collective of black artists: Blackening: Young Artists, and EroEre: Women Artists. Her poetics address the self-affirmation and identity construction of black women. His most recent exhibition is the collective “Strategies of Women” at Farol Santander in Porto Alegre.

Visual artist graduated from Universidad Playa Ancha and co-founder of Atavica. Develops performance works as a means of expansion and communication of the body (social, territorial and political space). His works explore intervention, installation, video and photography. Since 2014, participates as an artist of national and international exhibitions.

Visual artist and researcher. Develops research in the field of performance in Brazilian art. In 2011, he received the CCSP Researcher Award. Participates in national and international exhibitions, besides acting as a collaborator and co-directoro of p.ARTE.

Visual artist graduated from the F + F School for Art and Media Design in Zurich, Switzerland and director, since 2014, of the Farol Arte e Ação Gallery, based in Curitiba. He sees his artistic practice related to contexts of performance art culture and its possibilities as an open system in the field of arts.

Visual artist, cultural producer, social entrepreneur, co-founder of Bicicletaria Cultural and co-creator of p.ARTE. She has a degree in International Relations from Curitiba University and a postgraduate degree in Education and Art History from FAP

Ballerina, choreographer, teacher and performance artist, graduated in Dance from the Chilean School of Arts and in parallel as a classical dancer. Interested in contemporary dance, she participated in groups and later founded the QEPD (que en paz danza). It is part of the Black Market and Antagonism performance collectives.

Emeritus artist and professor at U.U. (Ulster / NIR), graduated from DJSAD (Dundee / SCO) and master from SAIC (Chicago / USA). He is one of the leading performance practitioners in Britain. During the 1970s and 1980s he produced long-lasting performances - avoiding sleeping or eating during the performance. His work generally deals with the political, social and cultural malfunctions of society.

Multimedia artist and professor at UFPR, graduated in Fine Arts from USP and PhD from Unicamp. Her work is  devoted to performance, experimental cinema and collaborative curatorial projects. Her most recent project was the performance "Siembra” presented at last july in Colombia.

Professor, researcher, curator and writer, with a Ph.D. in History. Author of critical articles on contemporary art and performance. She is a professor at the Szczecin Academy of Art (Poland) and an assistant professor at the Faculty of Art of the Pedagogical University of Krakow.

Artist, teacher and researcher, she graduated from BFA (Boston, USA). Incorporating installation and performance, her works range from solo presentations to large-scale propositions. She taught in art courses from 1985 to 2014. Her works were presented in 30 countries.

Johnston’s artworks involve exploring the aftermath of trauma through acts of commemoration that exist as forms of live testimony. Currently teaching at Northumbria University, England. In 2013, she published, Beyond Reasonable Doubt: An Investigation into Concepts of Doubt, Risk and Testimony Explored Through Consideration of Performance Art Processes in Relation to Systems of Legal Justice (LIT, Germany). 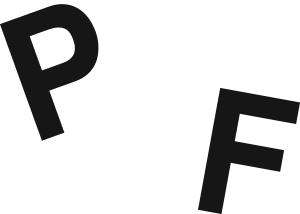