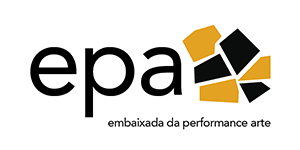 EMBASSY OF PERFORMANCE ART [EPA!] Is an independent artistic residency proposed by visual artist Maíra Vaz Valente in São Paulo (SP / Brazil). In order to promote poetic and theoretical research dedicated to the specific field of performance art, EPA! offers follow-up of the creative process, project orientation, critical analysis of the portfolio, as well as production exchange between local artists. Thus, artists interested in connecting with the local network and experiencing their artistic process at EPA! will find a home environment dedicated to their practice.

For several reasons, In 2016 I began opening my house to host artists, both friends and travelers passing through the city of São Paulo: visiting cultural institutions, participating in exhibitions, carrying out artistic projects, research, personal productions, etc. This seemingly unpretentious and natural practice transformed the house in Vila Pompéia into a reference for the national and international performance art network. Over 13 years I hosted more than 25 artists and organized meetings dedicated to the study of performance art.

A decade later, already in 2016, during a relaxed breakfast with artist friends, dear Rubiane Maia and Manuel Vason named me the ambassador for performance art. Encouraged by colleagues from the network itself, I decided to formalize this artistic residency. After that, I started a series of small renovations and refurbishments in the house so that I could start the activities that would precede the announcement of the EMBASSY OF PERFORMANCE ARTE. Aware of this trajectory, I founded EPA! and invited creator of p.ARTE Fernando Ribeiro as the official curator, thus sealing the beginning of partnerships with other independent initiatives.

On 1st January 2019, in the face of a major political catastrophe experienced by the country, I announced at 7 pm the inauguration of my position as ambassador - by self-proclamation - alongside Beuys, my dog, in a ceremony held on social networks.

contact: This email address is being protected from spambots. You need JavaScript enabled to view it.